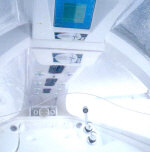 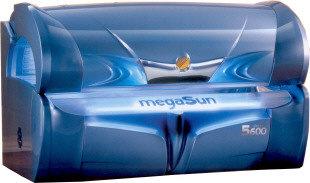 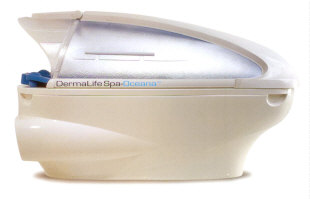 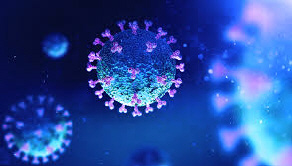 Suppliers of all SPA Equipment. Free quotations done for all new Salons/Spa's

Servicing and Repairs to all leading Sunbed brands

Ultraviolet light has been linked to certain types of skin cancer, but no one understands exactly how. And ultraviolet light plays an important role in the development of all life. Heredity, diet and repeated sunburn are the biggest risk factors for non-melanoma skin cancer. Consider that one 1995 study reported that people who followed a low-fat diet had fewer skin cancers. It's clear that sun exposure is not the only factor in this disease.

There is no such thing as a safe tan.

Actually it isn't safe to totally avoid the sun. Remember, sunlight is the source of all life on our planet. Plus, research suggests the benefits of regular, moderate sun exposure may outweigh the risks of overexposure, which easily can be minimised by merely avoiding sunburn. Moderate indoor tanning, for individuals who can develop a tan, is the smartest way to maximise the potential benefits and minimise the potential risks associated with either too much or too little sunlight.

But some doctors say that tanning causes melanoma...

This rare form of skin cancer is still a mystery. It is most common in fair-skinned people with a family history of melanoma. Though some research suggests a connection to ultraviolet light, many studies have shown that people who receive regular sun exposure have less chance of getting melanoma than those who don't. Also, it is most commonly found on unexposed areas of the body like the lower trunk and legs.

There is an epidemic of skin cancer in the world today.

No, there isn't. Epidemics are events that happen suddenly and affect more than half of a group of people. Skin cancer rates have been rising steadily in the world since the early 1900s.

Skin cancer rates are rising because more people tan today than did in years past.

The HIV virus dies on exposure to oxygen, and would not survive on a sanitized tanning bed. (Solar Scape only uses an all in one Anti-Viral, Anti-Bacterial & Anti-Fungal sanitizer.) What's more, the U.S. Centres for Disease Control says the odds of contracting any virus from a tanning bed are "extremely remote".

That's absolutely false. Indoor tanning clients are exposed to a scientifically controlled dosage of ultraviolet light carefully formulated to tan you and minimise your risk of sunburn. That kind of control is virtually impossible outdoors, where variables such as seasonality, time of day, geography, weather conditions, altitude and the Earth's thinning ozone layer make sunburn much more likely. Because sunburn is the main risk factor for skin damage, it's actually smarter to tan indoors.

I heard about a woman who fried her internal organs from too much tanning...

'The Legend of the Roasted Tanner" is a farce. Ultraviolet light, whether from the sun or from a tanning unit does not penetrate your skin. It is impossible to "fry" any internal organs on a tanning bed.

I heard that tanning isn't as popular as it used to be.

Not true. More than 30 million Americans tan indoors, a number that increases steadily year after year. More and more people are tanning for the control, convenience, benefits, speed and pure enjoyment of tanning on a sunbed.

Indoor tanning is like a cigarette for your skin.

This is a ludicrous comparison. Smoking subjects your lungs to an unnatural compound that your body is not designed to process. Tanning is your body's natural reaction to sunlight. Your body is designed to tan to help prevent sunburn. Your body is not designed to process cigarette smoke. Furthermore a smoker's risk of contracting lung cancer is hundreds of times higher than a non-smoker's risk. That's not the case with those of us who tan. Most importantly, there are no known benefits with cigarette smoking. Research suggests that there may be many benefits with regular sun exposure.

If all this is true, why do I still hear that tanning is bad for you?

Anyone who makes the blanket statement that any tanning is bad for you probably has not read much on this issue. And you have to remember that many industries make billions of dollars scaring people about sunshine. Multibillion dollar pharmaceutical firms that manufacture sun-screen lotion fund the studies and promote the findings, often out of context.
Servicing and Repairs to all leading Sunbed brands.
If you keep out of the sun, you are more likely to die of cancer

US Navy: It’s better in the sun

Other things the sun can do

Are Sunbeds healthier than the sun?

(Please note a password is required for this section)

If you keep out of the sun, you are more likely to die of cancer

"MEADOW VISTA – people who sunbathe regularly not only acquire an attractive tan but also protect themselves against cancer. Too little sun actually stimulates the growth of growth of breast and intestinal carcinomas. And more people die from these two forms of malignant tumour alone than from skin tumours which can possibly

be attributed to sunlight. This astonishing theory is put forward by an American researcher in the journal Preventive Medicine.”


“In the USA, around 2000 deaths a year occur from basal cell and prickle cell carcinoma while, in the same period, over 100 000 people die of breast and intestinal cancer. By means of regular, but moderate, sunbathing, these numbers could probably be reduced by about one-third. Even if the figures for deaths from basal cell and prickle cell carcinoma were to double, there would still be 30 000 deaths fewer.”

“It is perfectly possible to accustom a pale, usually unexposed skin to intense sunlight even before a holiday. This is because we have been provided by nature with built-in defence mechanisms against too much sun. Defence mechanisms can be understood to mean the strengthening of the outer layer of skin (light callosity) and its ability to acquire a suntan (pigmentation). Light callosity is formed primarily by UVB-rays, while a suntan is produced by a combination of UVA and UVB rays. If the dose of ultraviolet sunrays reaching the skin exceeds the limit for the body’s defence mechanisms, sunburn results.”

“The special fluorescent lamps predominantly used by sunbed manufacturers produce an ultraviolet spectrum which is comparable with that of the sun”… “in order to prevent skin damage, emit those wavelengths which cause sunburn at a considerably reduced intensity.”

“use of sunbeds… a pale skin can be gently accustomed to intense sunlight over a period of a few weeks.”


“GENTLE TANNING WITH A SUNBED”

“The special fluorescent lamps now predominantly used by sunbed makers emit a comparable ultraviolet spectrum to that of the sun in southern regions, but the wavelengths which cause sunburn are reduced in intensity to such an extent that, with proper use, the skin will not come to any harm. Experienced dermatologists recommend one to two sunbed sessions a week, but warn against over-exposure

“ALLERGIC TO THE SUN? TRY A SUNBED”

“Dermatologists from the University of Erlangen, under the direction of Dr Haeberle, have demonstrated by a series of tests that the pre-holiday use of a sunbed enables people to build up effective protection against sunlight and to desensitize the skin. In order to arrive at this result, 31 patients suffering from sun allergy underwent ten periods of exposure to artificial sunlight over a period of 4-6 weeks. Following this, they were exposed to high-intensity UVA and natural sunlight with the objective of inducing sun allergies. In most cases, the patients exhibited no negative skin reactions at all or only to a very limited extent.”

Scientific proof exists as to the beneficial biological effects on the entire metabolism, the nervous system, the cardiovascular system, the composition of the blood and the stimulation of physical capabilities, as well as the strengthening of the immune system and an improvement in the supply of calcium to the bones by the vitamin D3 formed from the ultraviolet sunrays, which current research attributes to the hormones and which is essential to life.

Manage the loss of stolen minutes from clients.

Operate with tokens only.

Servicing and Repairs to all leading Sunbed brands.

At the German Clinic of Diagnostics in Wiesbaden, West-Germany, Prof. Dr. Friedrich Schröpl monitored well over 1000 patients for up to 16 years and undertook a long-term study. Although these patients had been exposed to UVB rays over a period of 10 years, no dangerous skin cancers occurred in any one of these patients.

Markward Staender from the Specialist Clinic for Psoriasis Patients in Bad Bentheim also arrives at very similar results: No skin cancer was detected during the 14 years in which the majority of the patients received phototherapy (treatment with intensive UV rays).

US Navy: It’s better in the sun
Prof. F. Garland form the University of San Diego monitored more than four million members of the Navy over 10 years. He found that those who had to work below deck suffered from malignant melanoma (black skin cancer) more frequently than those who moved around in the sun on deck. Other American scientists have proved that people living in the northern regions of the United States with little sun have a higher incidence of certain types of cancer than inhabitants of the sunny south. Incidences of cancer are also significantly higher where the sunlight is filtered through smog.

The sun and sunbeds are therefore not a health hazard, on the contrary: they can provide protection and help.

Other things the sun can do

Prof. Holick also attributes the regression of psoriasis (which was previously regarded as incurable and affects more than 2 million West-Germans) to the formation of vitamin D3 by UVB rays because the excessive cell division is inhibited. But the solar vitamin does not only help to combat psoriasis.

The increase in endogenous defensive powers, the improvement in physical condition, the stimulation of the mind and the reduction of depressions are also scientifically documented. Finally, sunlight promotes the regeneration of calcium for building our bones. Prof. Gerke from the University Hospital of Munich certifies that ultraviolet rays are highly effective in the field of biology. He states that as knowledge increases, it will become firmly established in modern medicine.


Are sunbeds healthier than the sun?

Recent studies at the University of Erlangen have shown that sun allergies and “Majorca acne” can be prevented by preliminary treatment with tanning equipment. Sunbeds train the endogenous light protection mechanisms. They can be controlled precisely for each individual skin type, in contrast to natural sun light, which is subject to wide variations.

The German Federal Board of Health states: “The risks to health from using sunbeds and sun lamps can be limited if the recommended safety instructions and directions for use are observed. The radiation risk is then lower than from natural sunlight, especially in respect of delayed damage.”